I wrote it on my fight when I was returning from Dubai to Karachi and since than its sitting in my drafts & getting dirt on. I wanted to start a new segment on my blog named ” My Travel Diaries” in this segment I will try to share my travel experiences with my readers.
I visited Lahore in my childhood and hence my memory of places I visited there isn’t strong. When I entered this mosque it reminded me a bit of Badshahi Mosque on inquiring I got to know that this Mosque is actually inspired by Mughal & Moroccan Architecture.
Sheikh Zayed Mosque is a must to visit when you are in Abu Dhabi. Its Grand and most magnificent mosque I have ever been to.  It sure is made as a place of prayer no doubt, but it also is an overt display of the incredible wealth of this country.
The Sheikh Zayed Grand Mosque is open for travelers of all nationalities
to visit and appreciate the artistic splendor of the mosque, take an
informative tour or simply get in to soak up the tranquility and
architectural greatness. The design of the Sheikh Zayed Mosque is a mix of Arabic, Mughal and
Moorish architecture and the fusion of all three styles works very well
to complement one another.
Reflective pools surround the mosque, amplifying its beauty. The
striking white and gold colors shining in the sun are transformed at
night by a unique lightning system which reflects the phases of the
moon.

Below are some pictures I collected from Internet. 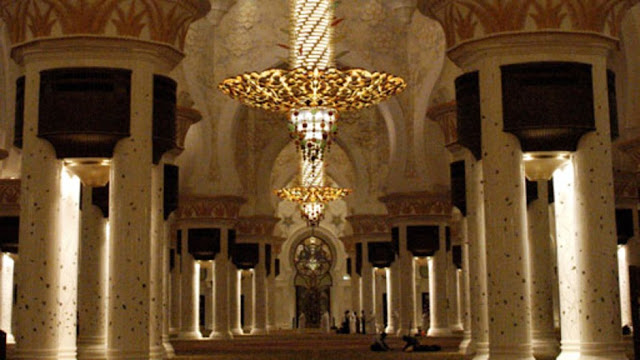 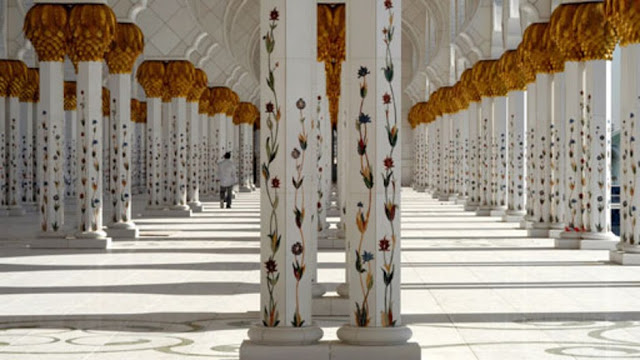 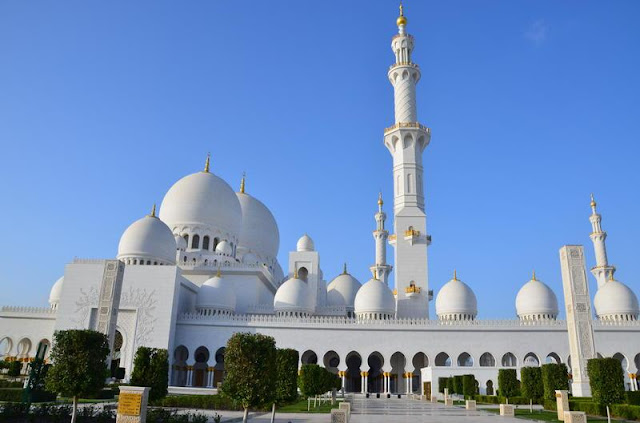 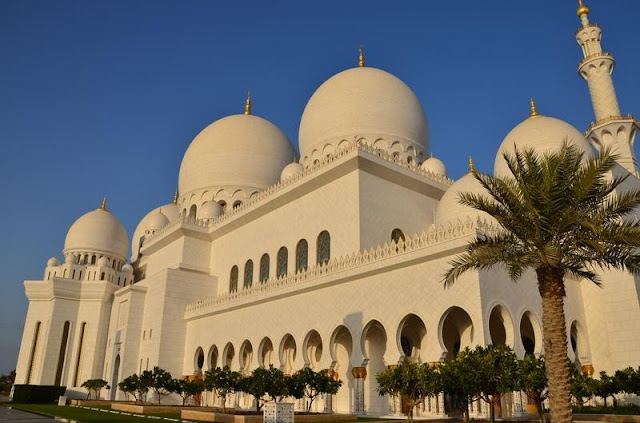 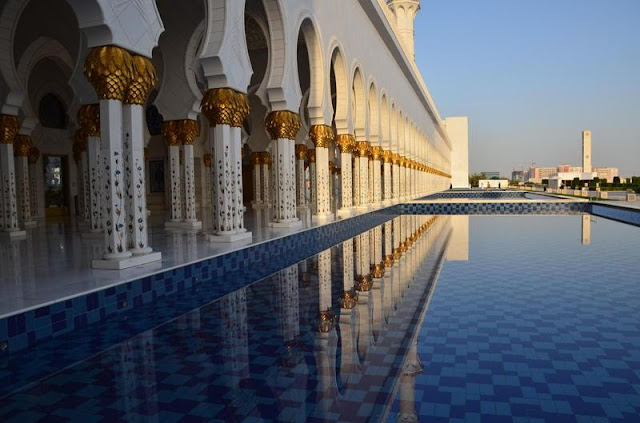 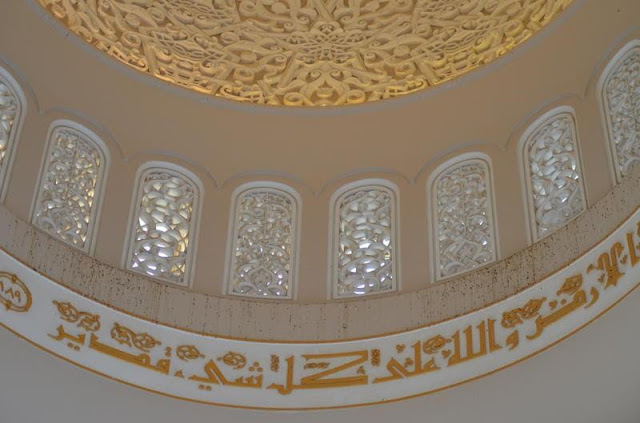 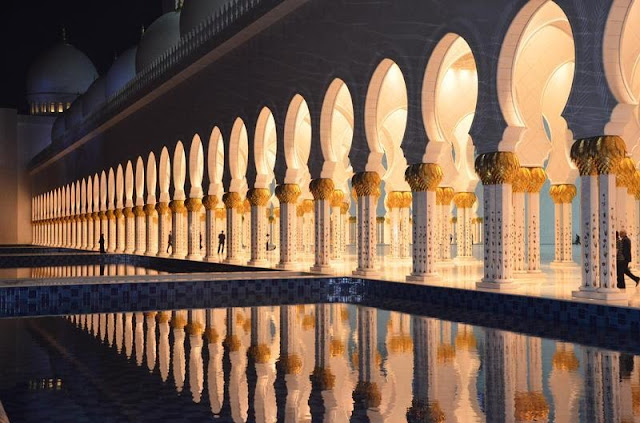 This mosque has got one of the Largest chandelier, made by Faustig (Germany), in the world.
It has got World’s largest hand knotted carpet weighing in at 35 tons and covering 60,000 square feet.
The Mosque building had costed $545 million to create.
The Sheikh Zayed Grand Mosque features 82 domes of Moroccan design
decorated with white marble. The main dome’s outer diameter measures
32.8 meters and stands at a height of 55 meters from the inside and
approximately 85 meters from the outside – the largest of its kind.
Here are some pictures I took from my camera. 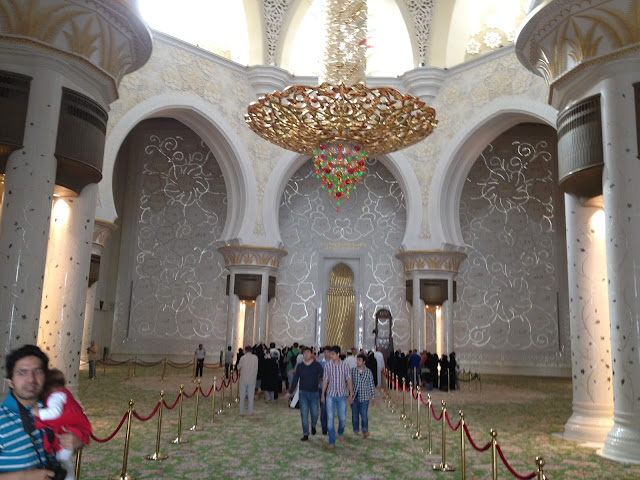 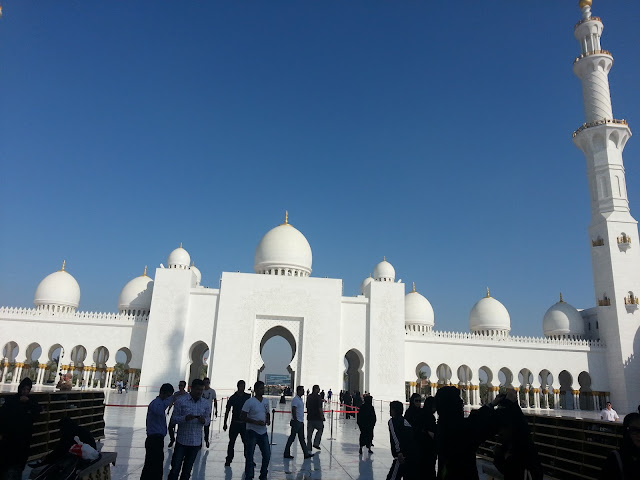 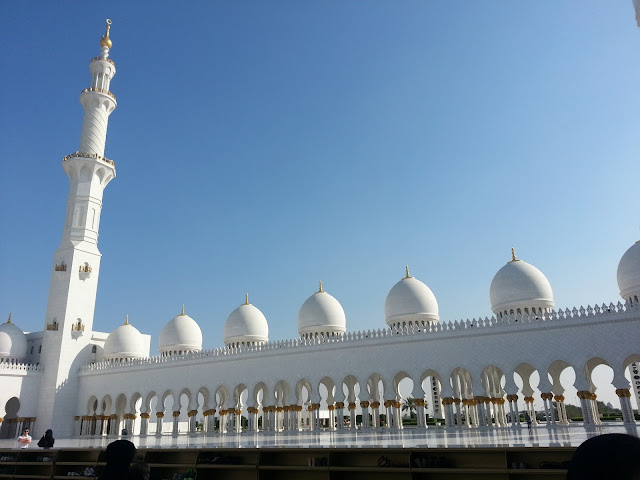 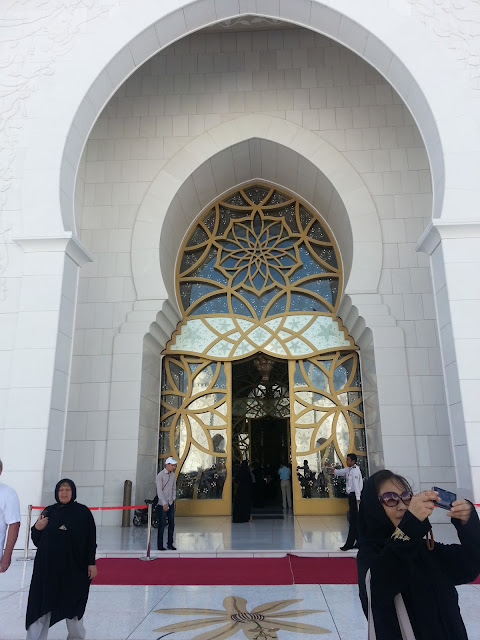 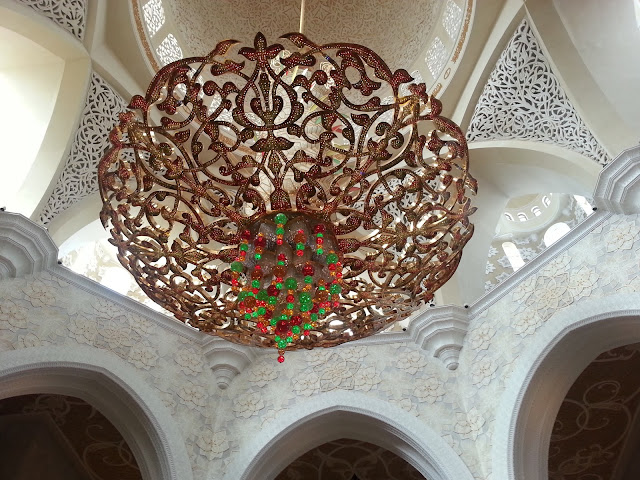 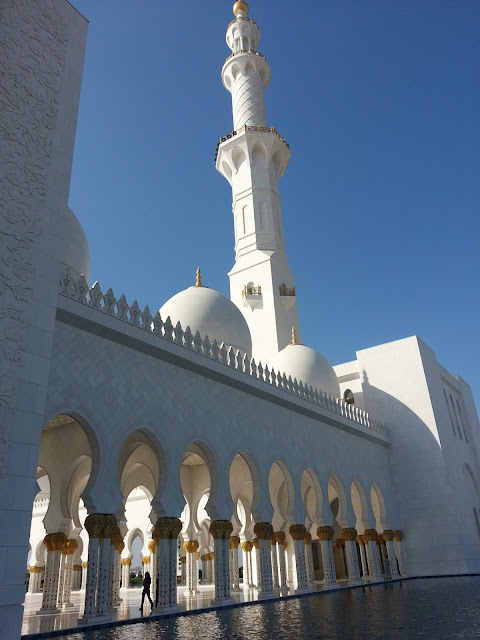 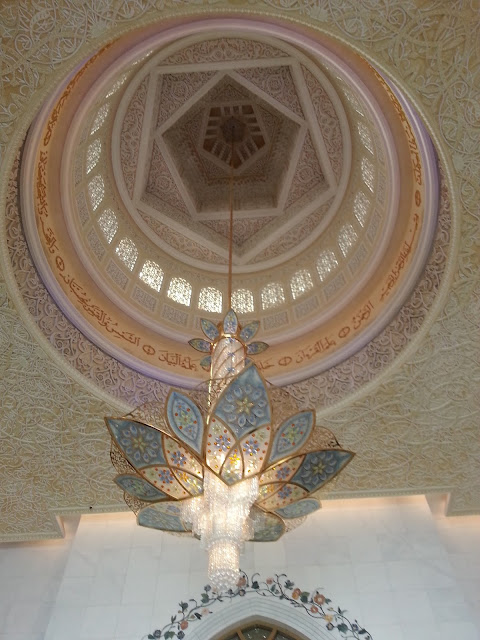 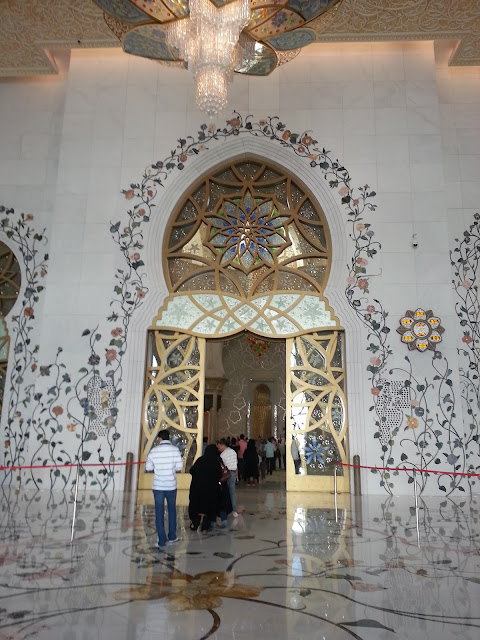 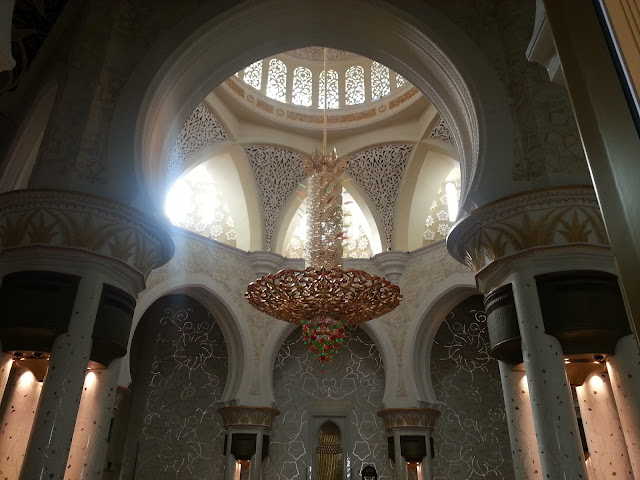 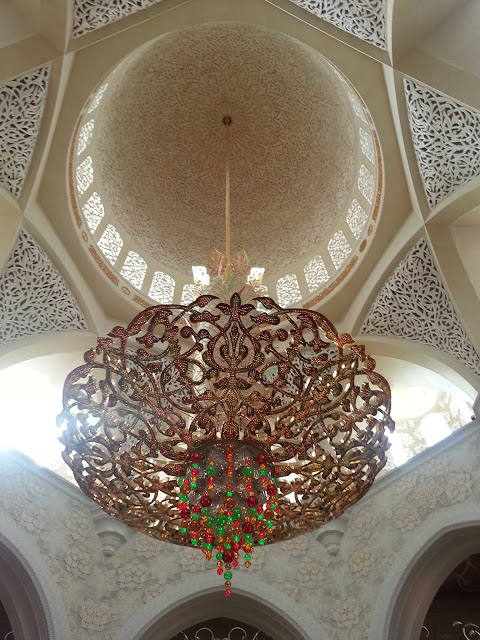 Plus you have to dress appropriately if you need to visit this mosque women should wear loose clothing and wear long skirts or trousers. Men
should wear trousers or jeans. Women will need to wear an abaya and
headscarf once inside the mosque which will be provided for free. Men
who wear shorts will be provided with a kandura to wear. You’ll need to
take your shoes off on entry to the mosque.
We had a plan to go to Ferrari World very next day but had to leave Abu Dhabi due to some emergency. Ferrari World and Emirates Palace is on my travel wish list.
I hope you have enjoyed reading this post feedback would be appreciated.

We use cookies to ensure that we give you the best experience on our website. If you continue to use this site we will assume that you are happy with it.OkNo